I didn't get a cat. It turns out I had a cat. He came with the house. His name is Murray.

JH: "Btw have you happen to see a black and white cat hanging around?"

JH: "Every time I tried to get him he would run away. He is a sweetheart. But he loves the outdoors. He would come in to sleep and eat once in awhile."

I had seen him poking around, but I always figured he was just a neighbor's cat. But as soon as I learned of Murray, I immediately ran out to buy some cat food and started leaving it for him. He's survived just fine for a few months without any human care, so I imagine he doesn't really need me to feed him, but with winter coming, I wanted to make sure he felt comfortable with me and that he would seek shelter indoors. The previous owner told me about his favorite food (Blue Buffalo Salmon & Brown Rice), and I also ordered that. I'm worried about making Murray reliant on me for care and his losing his independence, but I also didn't want to subject him to a winter without the option of coming inside.

My friends Chris and Morten recommended I get a heated outdoor cathouse. Great idea. But before it arrived, nighttime temperatures started dipping well below freezing, with windchill taking it to -18°C (that's just below 0°F), and I felt a strong urgency to bring him indoors from the coming snow. Success! After a few weeks of leaving food out for him, on November 22, he let me get within about 5 feet of him, and then on November 23, he let me pet him! Later that evening, he even came inside the house to explore: 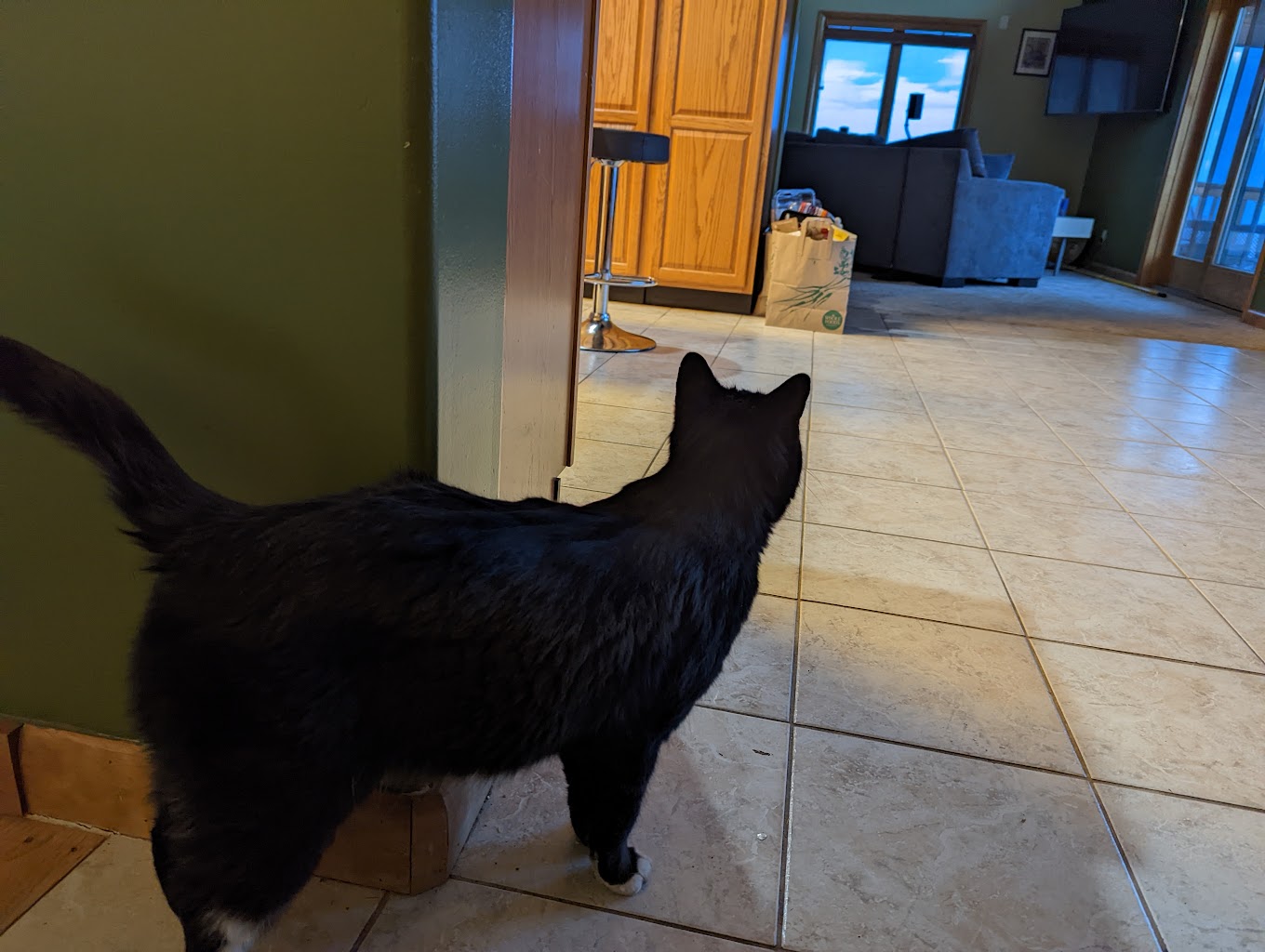 Murray is very vocal and a total sweetheart. He loves cuddling and bonking my face with his head; I think he especially likes how scratchy my beard is. He gives me these playful little nips to get me to keep petting him. 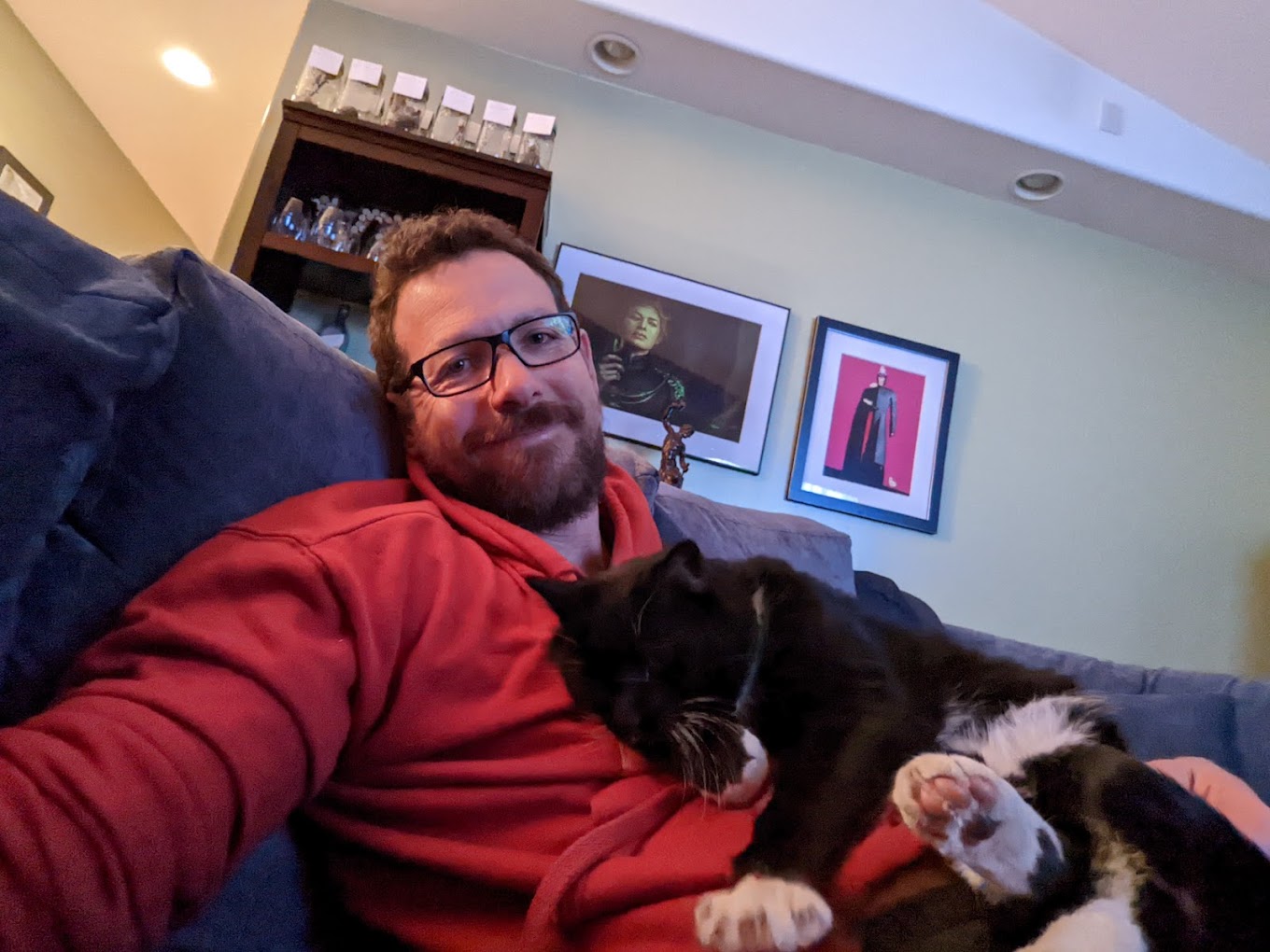 He's still a little skittish (especially when it seems he might feel trapped in the house), but on the night of November 24, after deciding to spend a few hours in the snow, he decided he would come inside. I scrambled to get some sand in a box for him as a makeshift litterbox, and he came and slept with me, occasionally climbing on top of me in the middle of the night to bonk my face and to get some more cuddles. 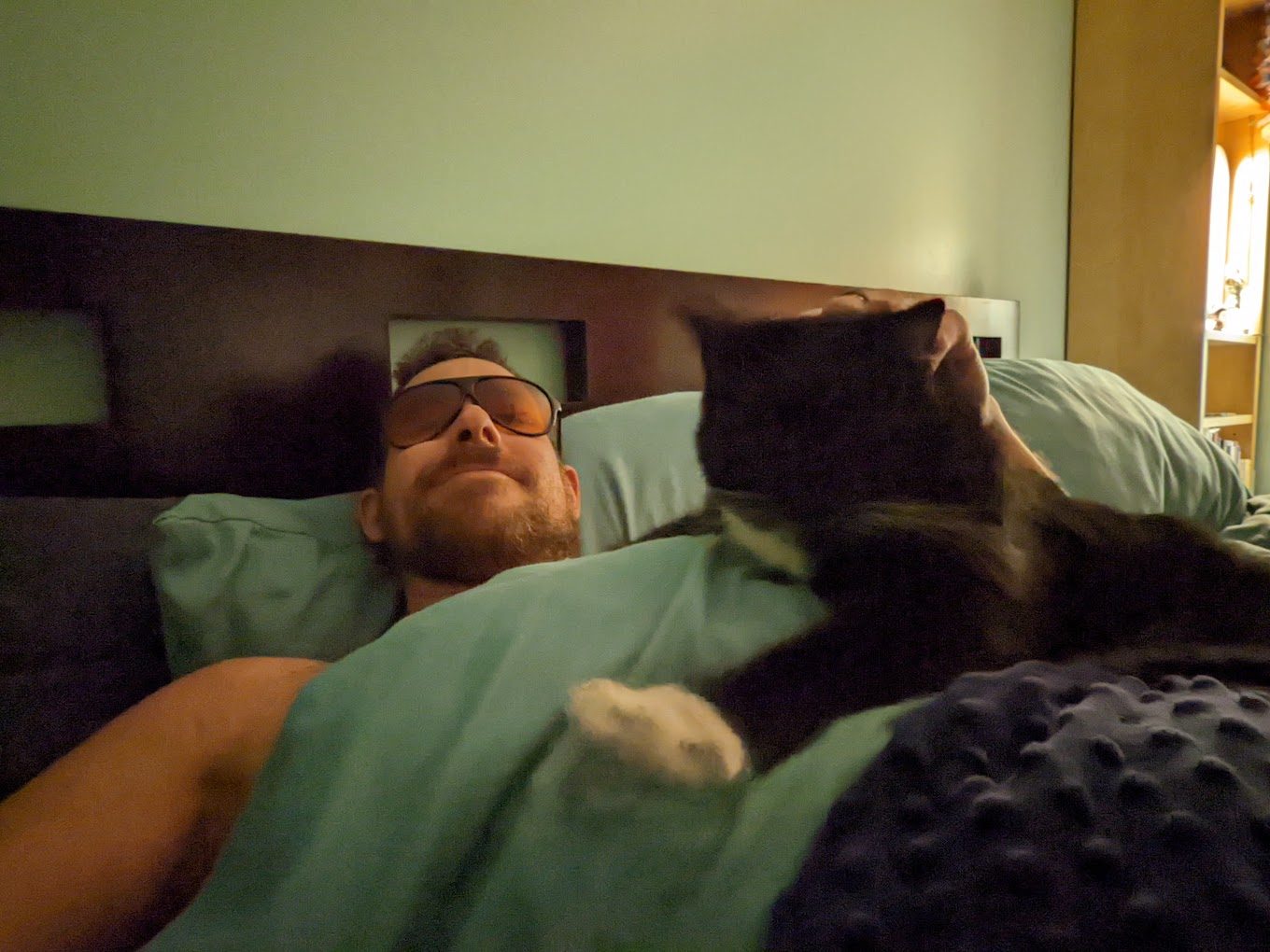 It's funny: I don't consider myself a cat person. I'm definitely a dog person. I like cats just fine, but I guess I'm just an animal person with a special place in my heart for dogs. I certainly didn't think I'd have a cat before a dog!

I totally lucked out with Murray: He's super sweet and well-mannered. He's not exactly dog-like, but I do appreciate how easily he derives joy from companionship...total purr monster!

Now we'll have to see how well he gets along with a puppy, which I hope will be very soon...